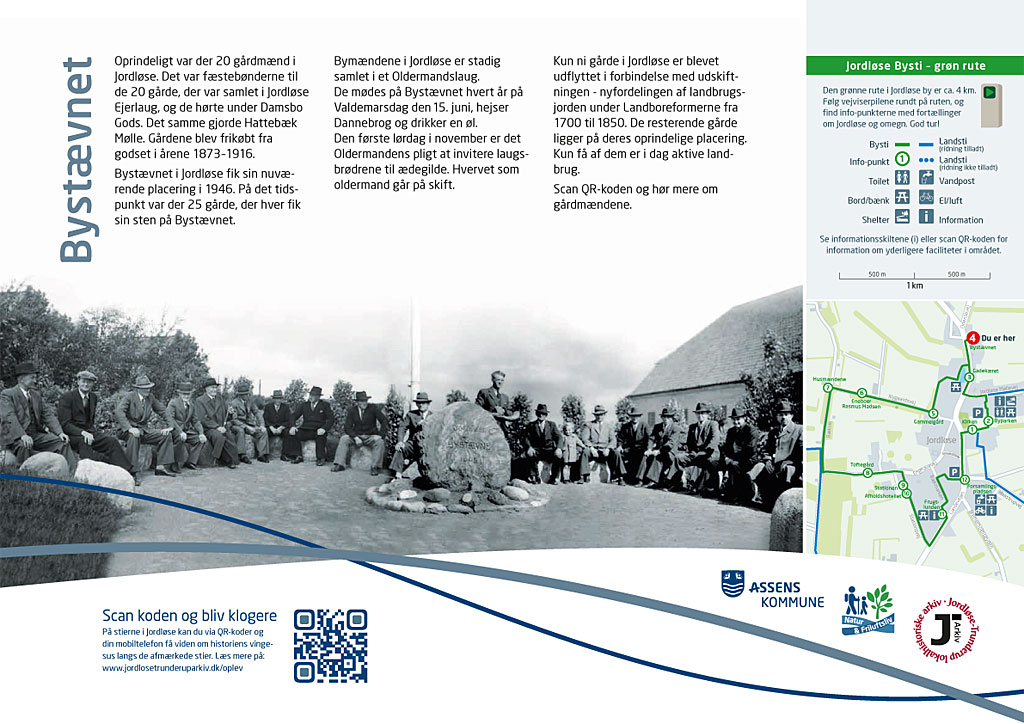 There were originally 20 farm owners in Jordløse. The tenant farmers to the 20 farms constituted Jordløse Landowners’ Association and were attached to the Damsbo Estate, as was Hattebæk Mill. The farms were bought off from the estate between 1873 and 1916. Bystævnet in Jordløse moved to its current location in 1946. At this time, there were 25 farms, each being assigned “a stone” at Bystævnet.

The owners of the former farms of Jordløse are still assembled as an association, chaired by an alderman. They meet at Bystævnet on Valdemar Day (15 June) where the Danish national flag is raised and they drink a beer. The alderman is also duty-bound to invite the members of the association to a feast on the first Saturday in November. The role of alderman is assigned by rotation.

Only nine farms in Jordløse were relocated as part of the reallocation of agricultural land during the rural reforms of 1700-1850. The remaining farms are still at their original locations. Only a few of them are still active farms today. Scan the QR code to hear more about the farmers