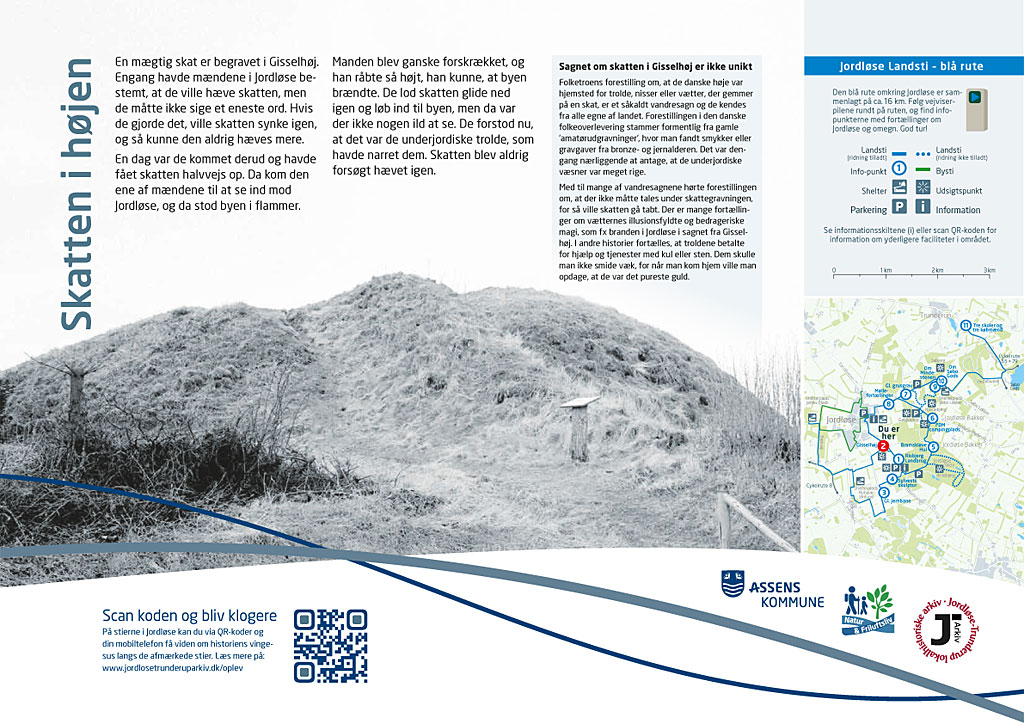 A mighty treasure lies buried in the Gisselhøj mound. Once upon a time, the men of Jordløse decided that they would raise the treasure but they were not allowed to say a single word. For if they did, the treasure would sink back into the ground, never to be brought up again.

One day they were at the mound and had managed to raise the treasure half way to the surface. As they did so, one of the men looked in the direction of Jordløse and saw that the town was engulfed in flames. Terrified, the man shouted as loud as he could to the others that the town was on fire.

They let the treasure drop back down and ran to town but there was not a single flame to be seen when they got there. It was then that they understood that they had been tricked by the trolls who lived underground. No attempt was ever made again to try and raise the treasure.

The tale of the treasure at Gisselhøj is far from unique

Folk legends that the burial mounds of Denmark were the dwellings of trolls, gnomes or spirits with hidden hoards of treasure are “word of mouth” tales and familiar to every part of Denmark.  These notions, passed down from generation to generation, are probably based on old “amateur excavations”, in which jewellery or grave goods were found from the Bronze Age and Iron Age. At the time, it must have seemed perfectly obvious to conclude that the dwellers underground must be very wealthy.

The idea that nobody was to speak while digging for the treasure or the treasure would be lost is found in many of the tales that have been passed down. There are many tales of the magical illusions and trickery of the underground spirits, such as the fire in Jordløse from the Gisselhøj legend. Other tales narrate that trolls would give payment for help and other favours in the form of coal or rocks that you should never cast away, because you would find out that they were of pure gold when you got home. 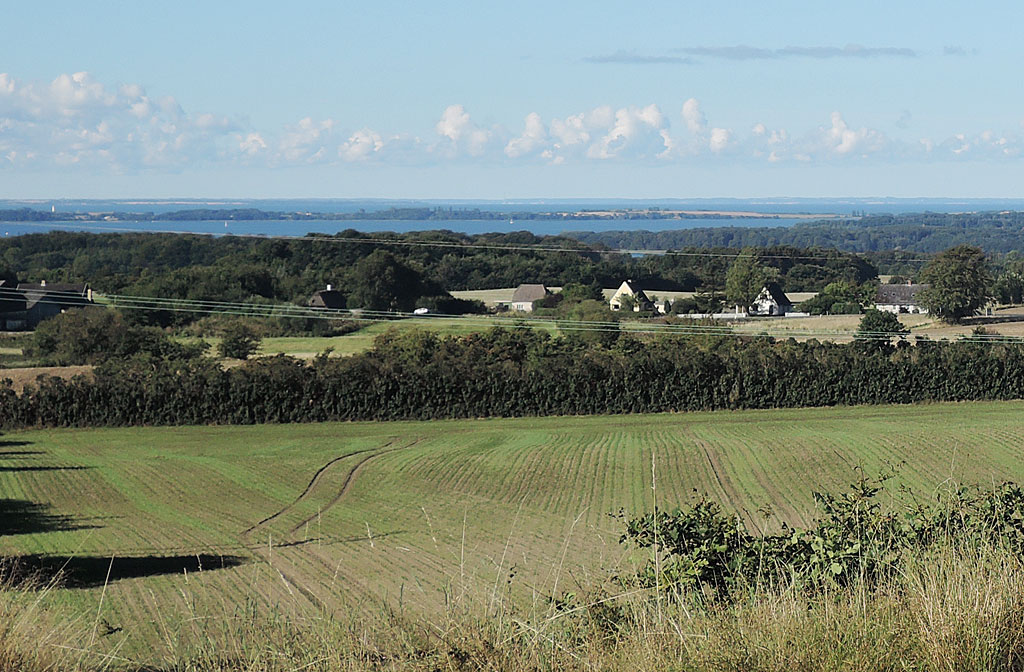 View from Gisselhøj towards Helnæs and with Jutland in the background. 2020