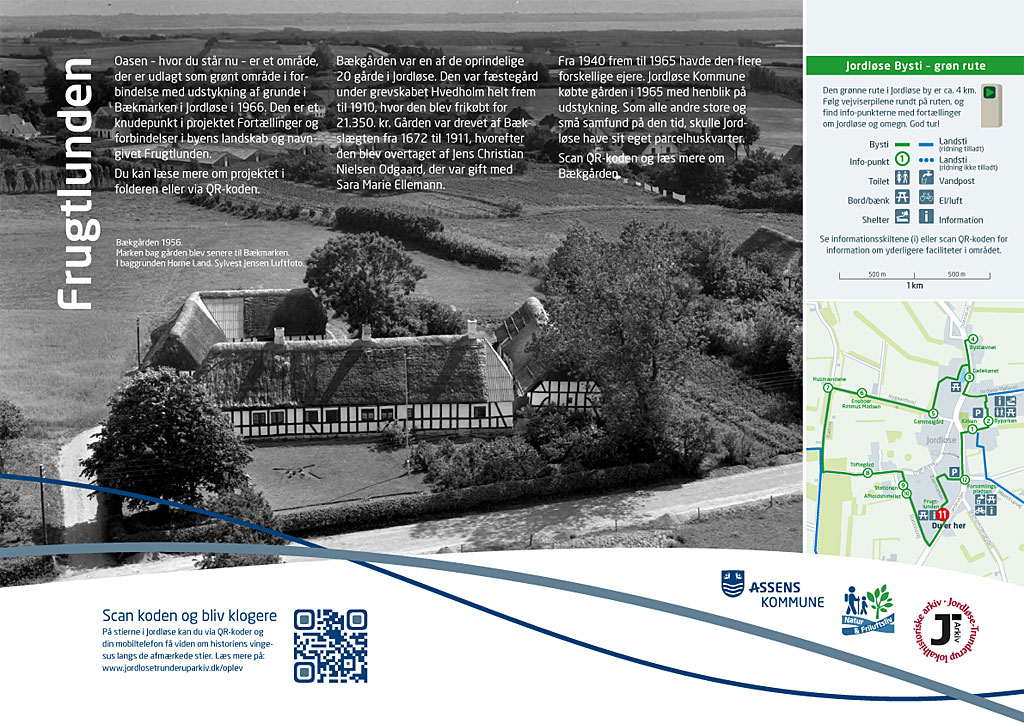 Bækgården 1956. The field behind the farm would later become Bækmarken. Horne Land can be seen in the background. Sylvest Jensen Air photo.

The lush plot of land where you are now standing is an area that was established as a green zone when land was parcelled out from the Bækmarken field in Jordløse in 1966. This is a focal point in a project about stories and how they connect to the town landscape and was named “Frugtlunden” (“the fruit grove”). Look in the folder or use the QR code to find out more about this project.

Bækgården was one of the original 20 farms in Jordløse. It was a tenant farmhouse under the county of Hvedholm until 1910 when it was purchased for 21,350 Danish crowns. The farm was run by the Bæk family from 1672 to 1911, after which it was taken over by Jens Christian Nielsen Odgaard, who was married to Sara Marie Ellemann.

From 1940 until 1965, it had several different owners. Jordløse municipality bought the farm in 1965 with a view to dividing it up as parcels of land. Like all other large and small communities during that time, Jordløse needed a housing estate of its own. Scan the QR code to find out more about Bækgården.