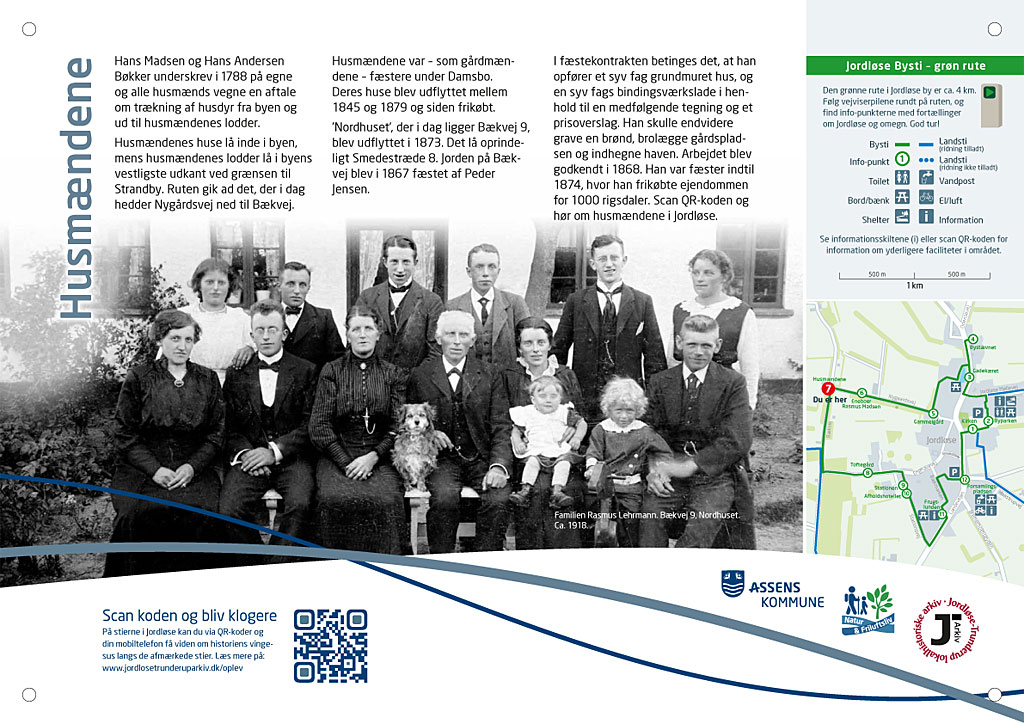 In 1788, Hans Madsen and Hans Andersen Bøkker signed an agreement on their own behalf and on behalf of all the local crofters that they could herd their livestock from the town out to the crofters’ plots. The crofters lived inside the town, but their plots were located at the western edge of the town, where it bordered Strandby. The route followed what is now called Nygårdsvej, leading to Bækvej.

Like the farm owners, the crofters were tenants of the Damsbo Estate. Their houses were moved between 1845 and 1879 and were subsequently bought off. “Nordhuset”, which is now at Bækvej 9, was moved in 1873. Its original location was Smedestræde 8. In 1867, Peder Jensen held the tenancy to the land on Bækvej.

The terms of the tenancy lease required him to build a stone or brick house with seven windows and a seven-windowed timbered workshop building in accordance with the attached plans and an estimated price. He would also have to dig a well, pave the yard and fence the garden. The work was approved in 1868. He was a tenant until 1874, when he bought off the lease for 1,000 rix-dollars. 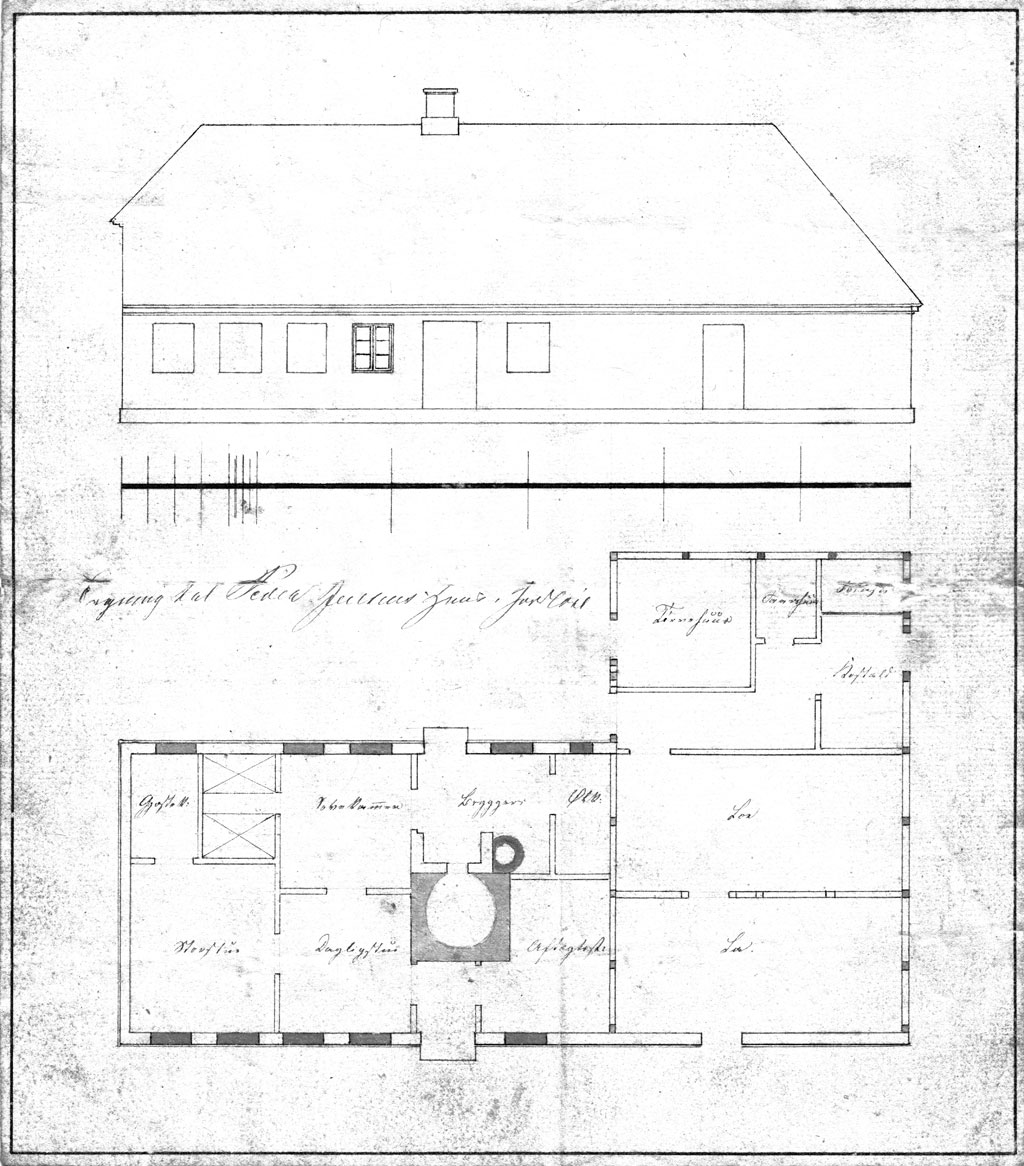 The original building plan of Bækvej 9 from 1870