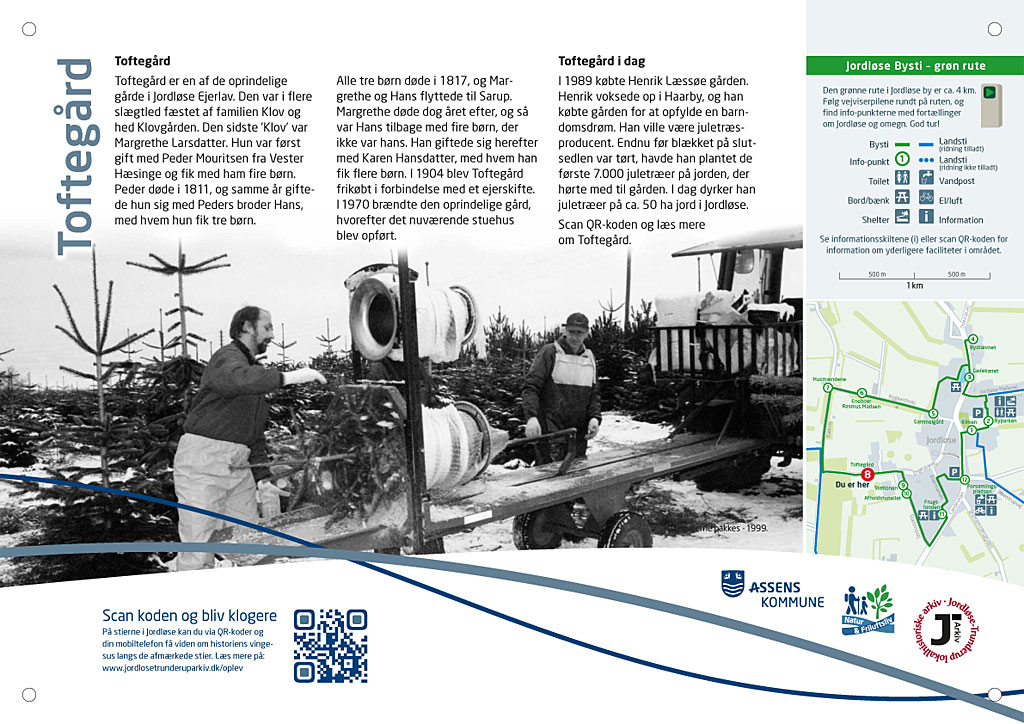 Toftegård is one of the original farms in Jordløse Landowners’ Association. The tenancy was held for several generations by the Klov family, during which period it was known as “Klovgården”. Margrethe Larsdatter was the last of the “Klovs”. She was initially married to Peder Mouritsen from Vester Hæsinge, with whom she had four children. After Peder died in 1811, she married his brother Hans, with whom she had three children.

All three children died in 1817 and Margrethe and Hans moved to Sarup. Margrethe died the following year, however. This left Hans with four children, none of which he had fathered. He then married Karen Hansdatter, with whom he fathered additional children. In 1904, Toftegård was bought out as part of a change of ownership. The original farmyard burned down in 1970, after which the current farmhouse was built. 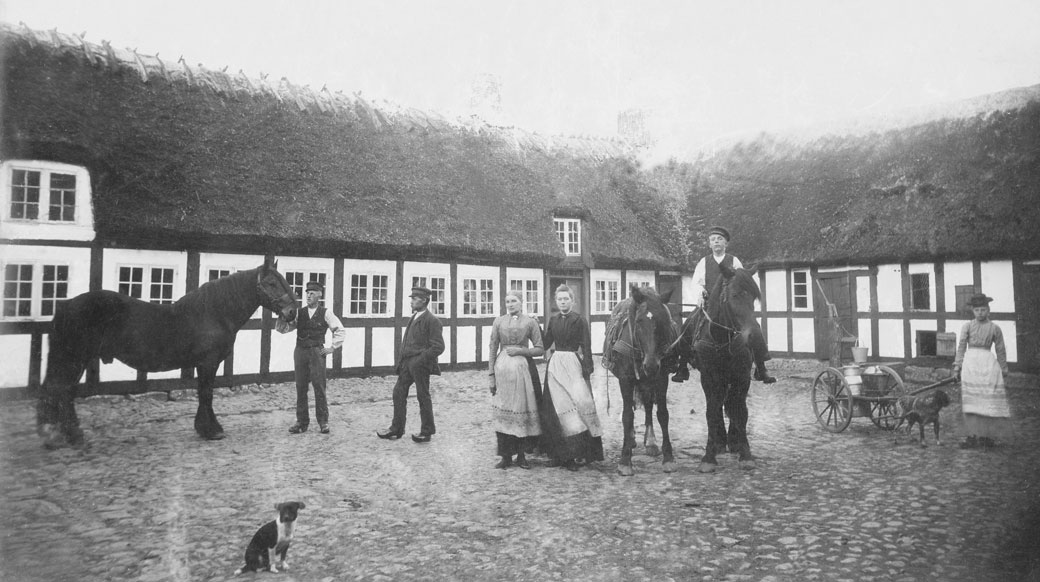 People and animals at Toftegård's courtyard approx 1905. In the middle with a cap and polished clogs farm owner Jørgen Jørgensen.