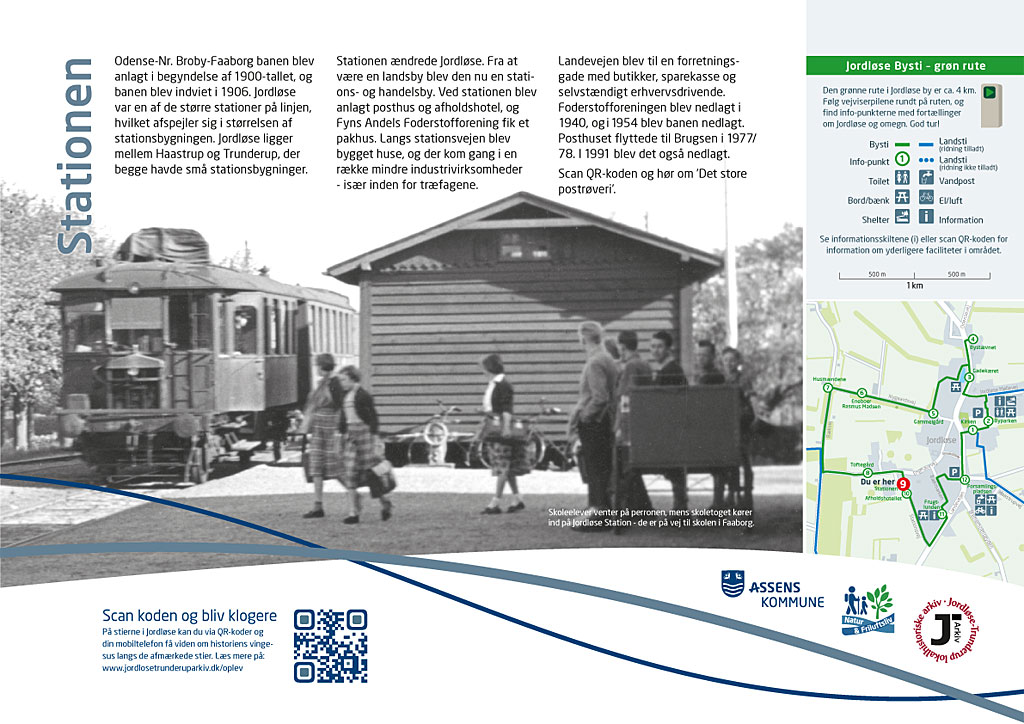 Schoolchildren waiting on the platform as the school train pulls in to Jordløse station, on their way to school in Faaborg.

The Odense-Nr. Broby-Faaborg railway line was laid at the beginning of the 20th century and was officially opened in 1906. Jordløse was one of the larger stations on the line, which was reflected in the size of the station building. Jordløse is located between Haastrup and Trunderup, both of which had small station buildings.

The station was an important change for Jordløse. It was transformed from village to a market town with its own railway station. A post office and temperance hotel were established near the station. Funen’s co-operative animal feed association also set up a warehouse nearby. Houses were built along the road to the station and a number of small industrial companies set up shop, particularly in wood-related industries.

Landevejen became a shopping street with shops, a bank and self-employed businesses. The feed association was closed in 1940. The railway was dismantled in 1954. The post office relocated to the Brugsen co-operative grocers in 1977/78. This was also closed down in 1991.

See more about the Odense-Nr. Broby-Faaborg railway on Country trail 3.