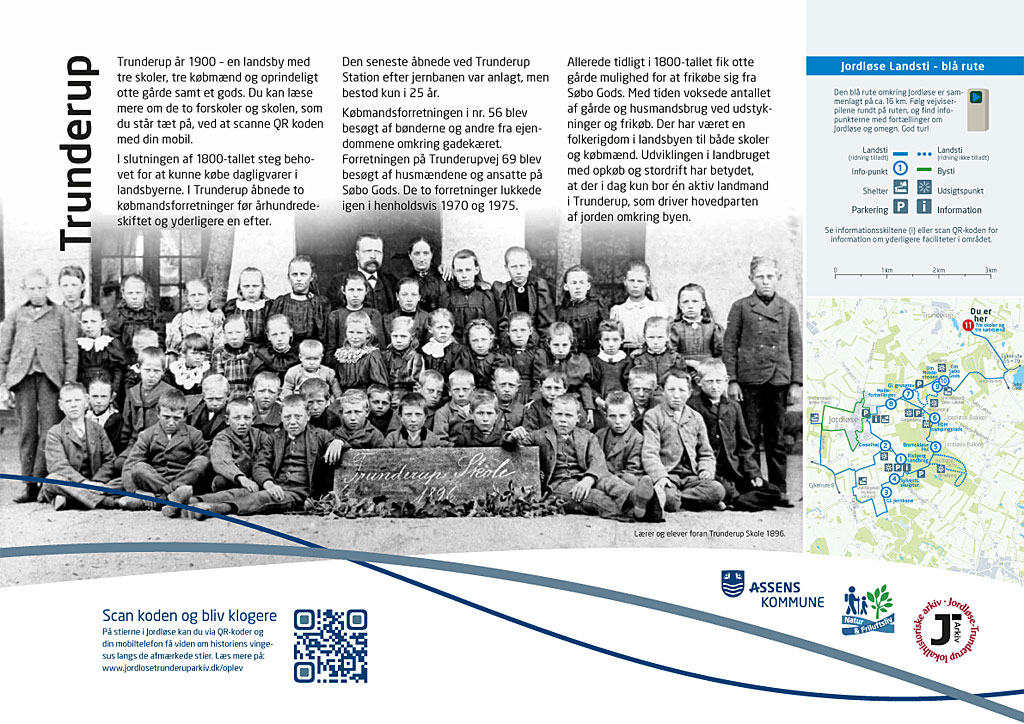 In 1900, Trunderup was a village with three schools, three grocers and, originally, eight farms and an estate.

The end of the 19th century saw increased demand for the availability of groceries in villages.
Two grocery stores opened in Trunderup at the turn of the century and one just after. The last to open was near Trunderup Station after the railway line was opened, but this store only survived for 25 years.
The grocery store in no. 56 was frequented by the farmers and other people from the properties near the village pond. The store at Trunderupvej 69 was frequented by the crofters and employees of the Søbo estate. The two shops closed again, in 1970 and 1975 respectively.

Already in the early 19th century, eight farms were able to buy their way out of the Søbo estate. As time passed, the number of farms and smallholdings increased, as land was parcelled and bought off.
The village had a healthy population to support schools and traders.
Agricultural developments as land was bought up and operations became more industrial mean that only a single active farmer now resides in Trunderup, who cultivates most of the land surrounding the village. 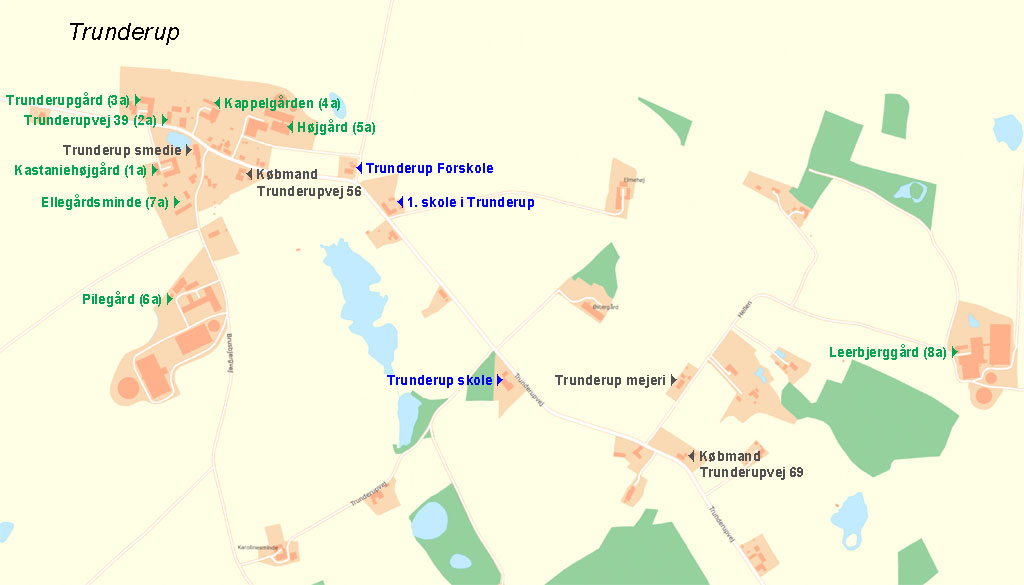