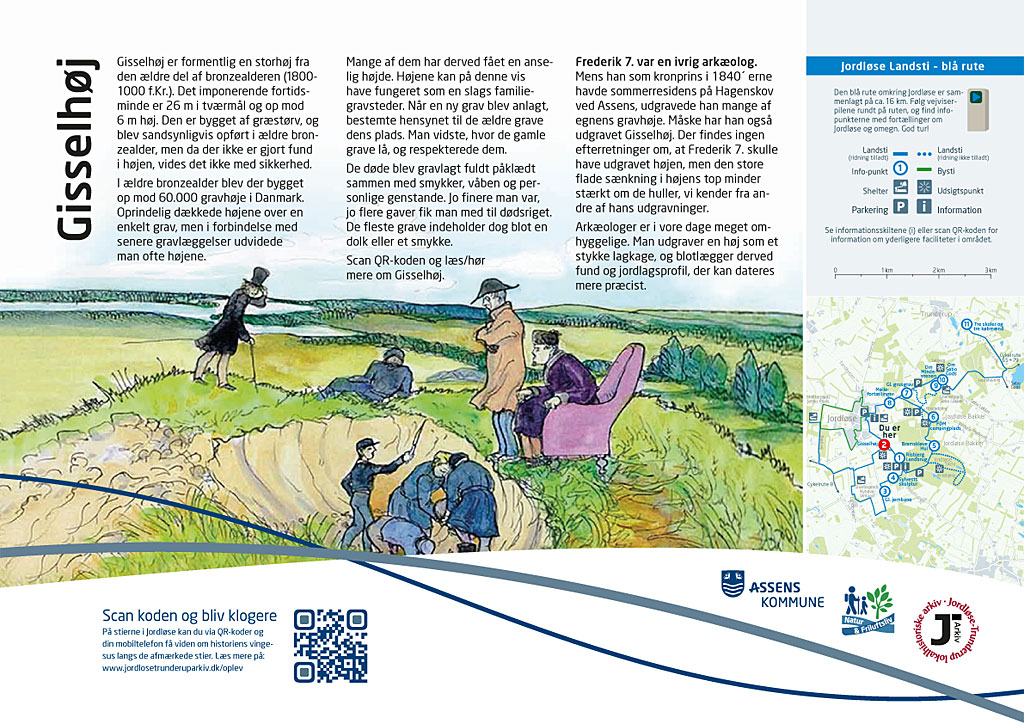 Almost 60,000 burial mounds were constructed in Denmark during the early Bronze Age. Originally, the mounds would cover a single grave, but mounds were often expanded as part of later burials. This means that many of them reached impressive heights. Mounds may, in this manner, have served as a kind of family tomb. When a new grave was established, its location would be determined in consideration of older graves. People knew the location of the old graves and respected them.

The dead were buried in full dress, together with jewellery, weapons and personal items. The wealthier you were, the greater number of grave goods you took with you to the land of the dead. Only a dagger or a single piece of jewellery is found in most graves, however.

King Frederik VII was a keen archaeologist. While he was Crown Prince in the 1840s and had a summer residence at Hagenskov near Assens, he excavated many of the burial mounds in the area. He may also have excavated the Gisselhøj mound. There are no accounts confirming that Frederik VII excavated this mound, but the large flat indentation at the top of the mound closely resembles holes that we are familiar with from his other excavations.