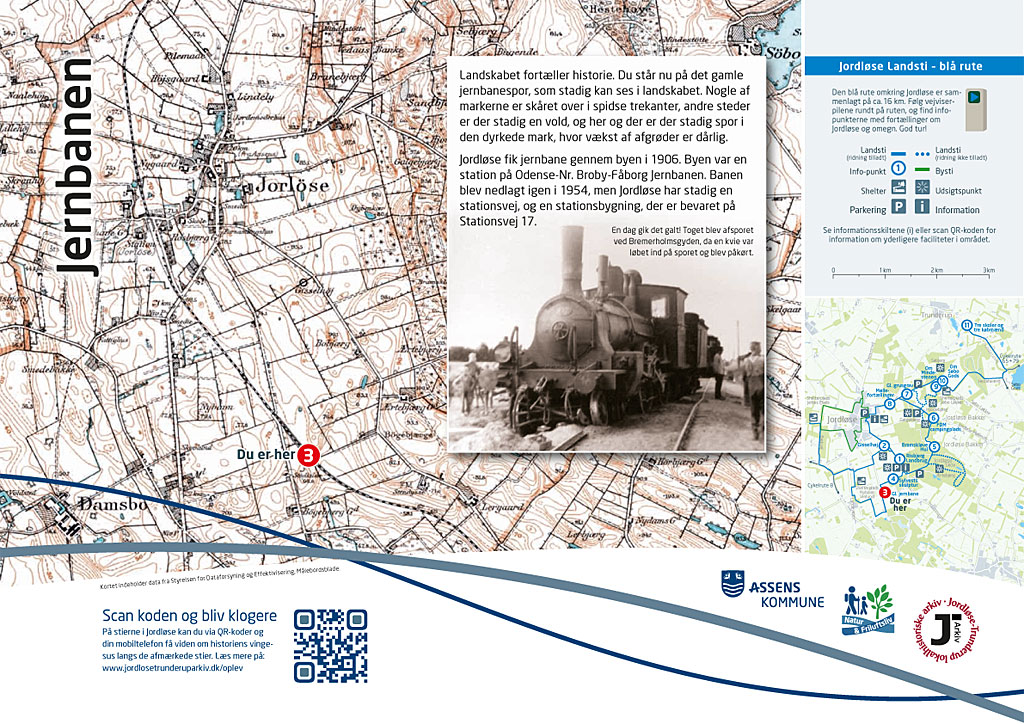 The landscape has a story to tell. You are now standing on the old railway line, which still can be seen as part of the landscape. Some of the fields were divided into triangles. Other places might feature an embankment. And you can still see areas of cultivated land where crops do not grow so well.

1906 saw the arrival of a railway line through Jordløse. The town became one of the stations on the Odense-Nr. Broby-Faaborg railway line. The railway line was dismantled in 1954 but Jordløse still has a “Stationsvej” (“Station road”) and an old railway station building that has been preserved at Stationsvej 17.

An unfortunate incident! The train derailed at Bremerholmsgyden when a cow ran onto the line and was run over.

The map contains data from the Agency for Data Supply and Efficiency, Topographical maps.