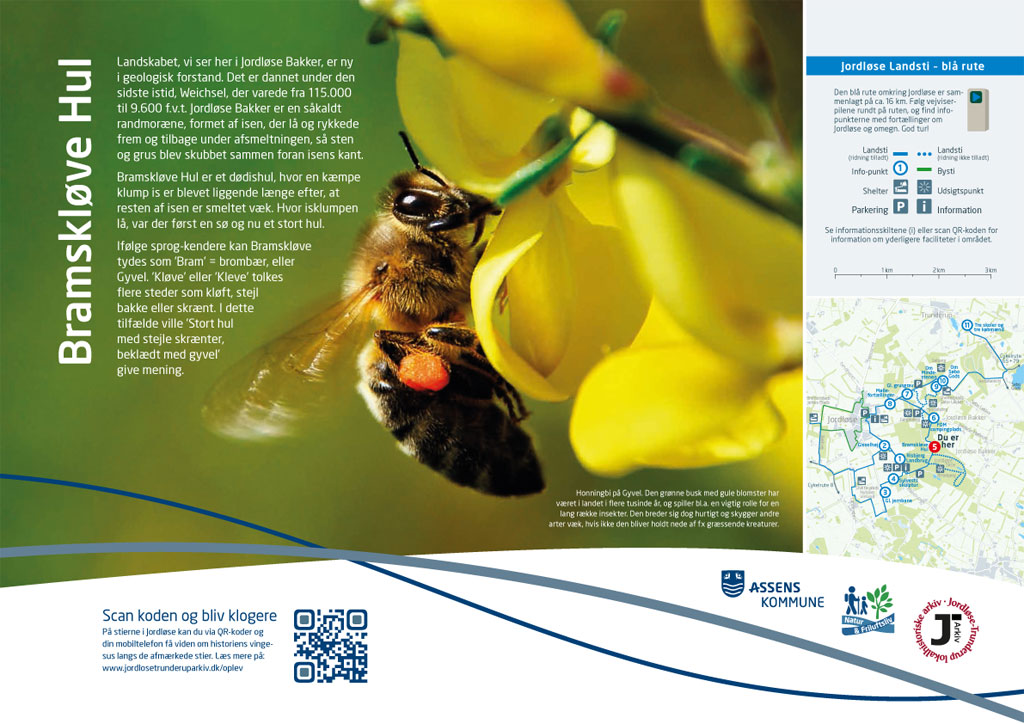 The landscape we can see here at the hills of Jordløse Bakker is, in geological terms at least, quite recent. It was formed during the last ice age, Weichsel, which lasted from 115,000 BC to 9,600 BC. Jordløse Bakker is what is known as a lateral moraine formation, made by ice that moved back and forth as it melted, pressing gravel and stone together in front of the edge of the moving ice.

According to linguists, the origin of the name “Bramskløve” lies in the word “Bram”, which means bramble or broom. “Kløve” is often interpreted as “cleft, steep hill or slope”.  So here, “A steep-sided hollow, covered in broom” would make perfect sense.

Honey bee on broom. This green bush with yellow flowers has existed in Denmark for thousands of years and plays an important role in the life cycles of numerous species of insects. Unfortunately, it tends to propagate rapidly and casts so much shade that other species suffer as a result, unless it is kept down by grazing cattle. 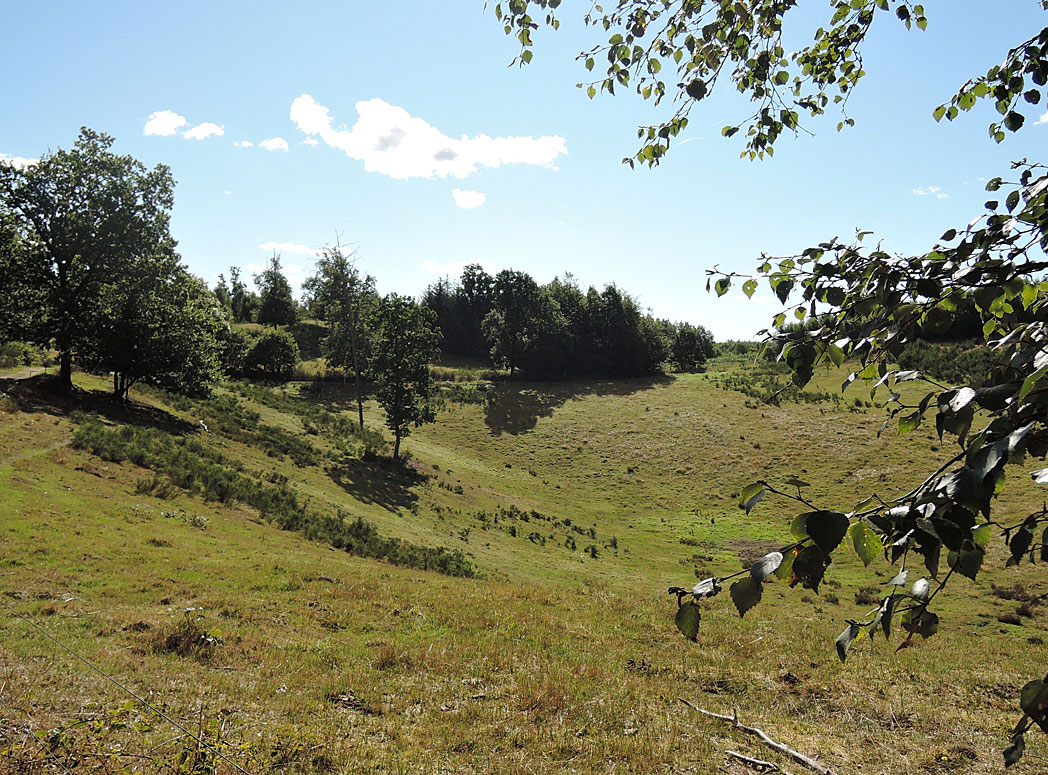