Country trail 8.1 - The mills of Jordløse 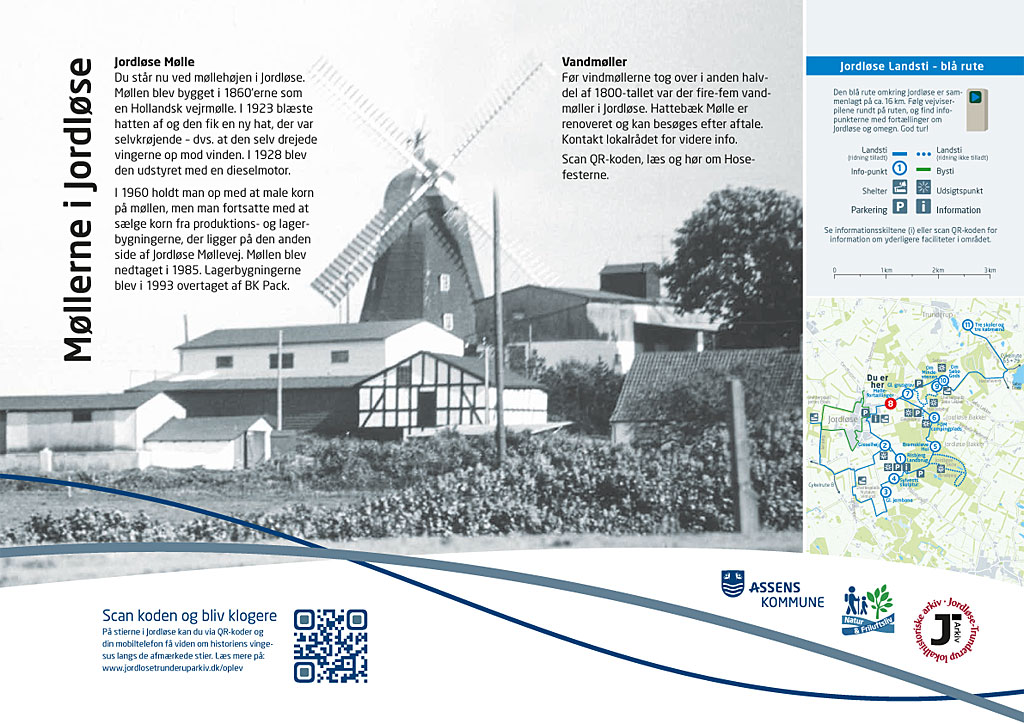 You are now standing at the windmill hill in Jordløse. The windmill was built in 1860 in the same style as those for which Holland is famous. In 1923, the rotating top section blew off and was replaced with a new self-aligning section, i.e. one that would automatically rotate so the rotors were aligned to the wind. It was fitted with a diesel engine in 1928.

Corn grinding at the mill ceased in 1960 but corn continued to be sold from the production and storage buildings on the other side of Jordløse Møllevej. The mill was dismantled in 1985. The storage buildings were taken over by BK Pack in 1993.

Before windmills took over during the second half of the the 19th century there were four or five watermills in Jordløse. Hattebæk Mill has been renovated and can be visited by appointment. Please contact the local council for further information.