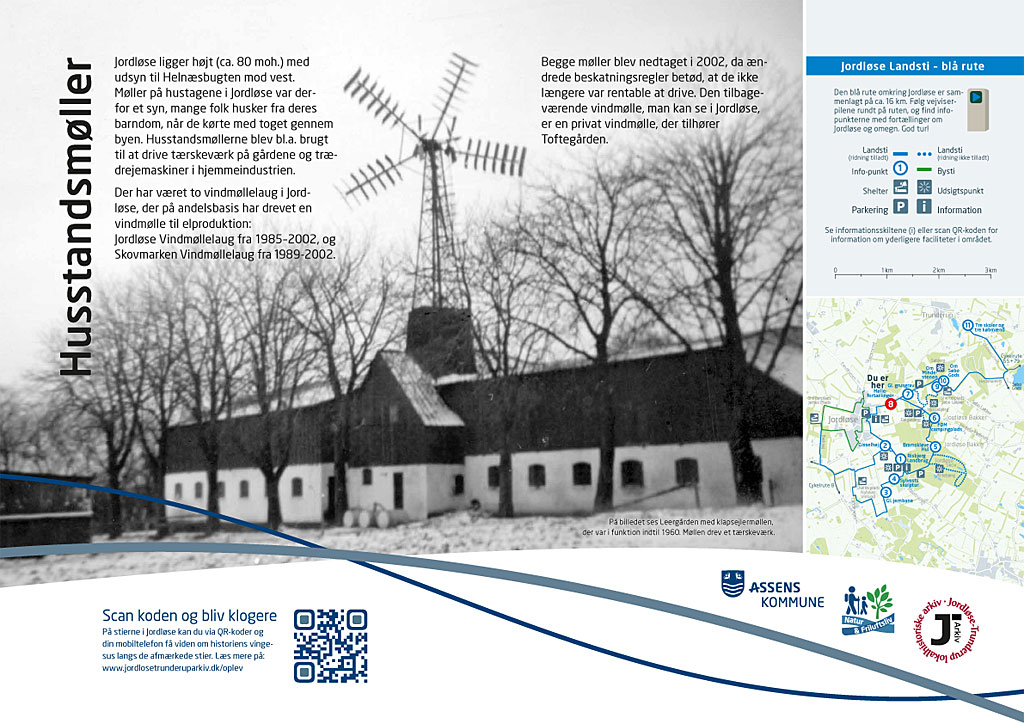 The picture shows Leergården with the folding sail windmill that was in operation until 1960. This windmill powered a threshing plant.

Jordløse is relatively elevated (approx. 80 metres above sea level) with a view over Helnæs Bay to the West. Houses in Jordløse with windmills on top are therefore a feature of the town that many people remember from childhood as they passed through Jordløse by train. Household windmills were used to power threshers on farms and wood lathes in cottage industries.

The remaining wind turbine that still stands in Jordløse today is a privately owned turbine belonging to Toftegården.