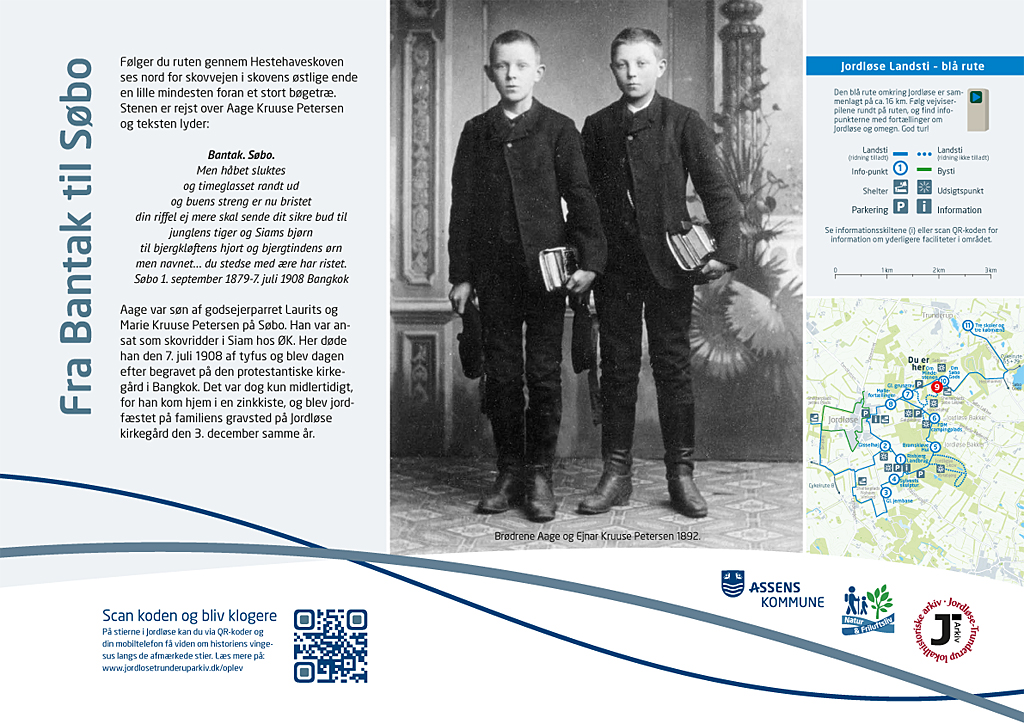 Follow the route through the woodland of Hestehaveskov and, to the North of the forestry road at the eastern end of the forest, you will find a small memorial stone in front of a large beech tree. The stone commemorates Aage Kruuse Petersen and, translated, the text reads:

Bantak. Søbo.
But hope was extinguished,
the hourglass ran out
and the bowstring snapped.
No longer shall your rifle cry out to
jungle tiger and Siam bear,
to deer of mountain ravine and the eagle of mountain summit,
yet here you carved your name with pride.
Søbo 1 September 1879 - 7 July 1908 Bangkok.

Aage was the son of Laurits and Marie Kruuse Petersen, owners of the Søbo Estate. He was employed as a game warden in Siam with East Asiatic Company where he died on July 7 1908 of typhoid and was buried the following day at the Protestant cemetery in Bangkok. His burial there was only temporary, however. His body was transported home in a zinc coffin, in which he was laid to rest at the family tomb in Jordløse churchyard on 3 December that year.